This ad was a Cannes award hopeful a few years ago, it ended up didn’t get any award because the panel of European judges don’t quite understand the nuances and emotions embedded in this ad/short film.  The European judges thought it was just an ad too plain with no substance. Which is in fact something that appeals to you as an Asian, a Malaysian, whether of Chinese or Malay ethnicity. A beautiful story in the eyes of ours can be viewed so differently in the eyes of the Europeans or Americans.

So there are indeed more similarities than differences that exist among us, Malaysians, Singaporeans or even people influenced by Confucianism (Chinese, Japanese, Korean).  While we are still trying to emphasize to think of the differences for the sake of preserving culture, I’m particularly saddened by the development in Malaysia – a harmonious nation being raped by people with power, so that they can continue to hold on to their power.

Ending this sad note with a video that might cheer you up (more likely so if you are an Asian). 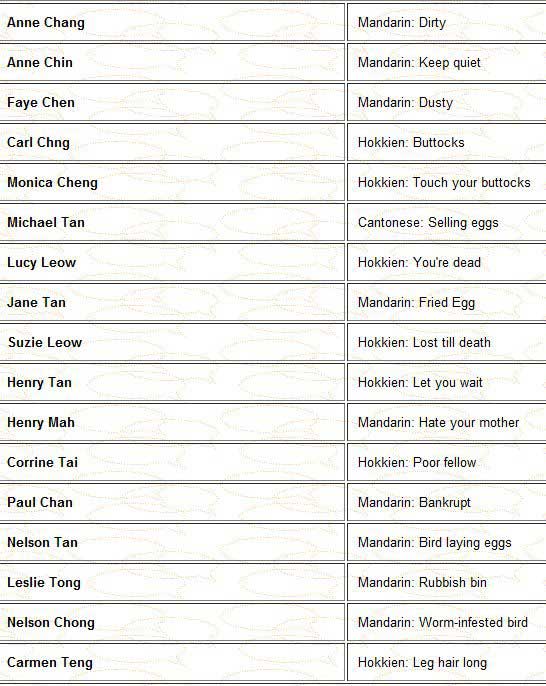 some names u should never use in Singapore or Malaysia